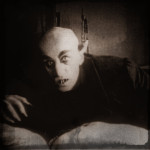 Remember when vampires struck fear into the hearts of the villagers? Before Hollywood transformed these horrific creatures into handsome fops with silly hair? Well we do… Hell, we were there. Vampires is a direct response to all these watered down blood suckers. It is also the first song Cadaver Club ever recorded, just under a year ago. We released it just in time for, whatever the latest Twilight movie was, in the hope it would discourage the masses from buying into the recently fabricated myth that vampires sparkle. The song is particularly close to my cold ol’ heart as after … END_OF_DOCUMENT_TOKEN_TO_BE_REPLACED 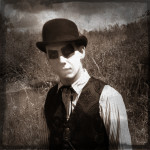 Arguably the heaviest song on the album, we weren’t messing about when we wrote this one. In a fitting tribute to horror virtuoso Stephen King, Mr. Crowe came to me with lyrics recounting one of the author’s many classics; Salem’s Lot. The song namedrops many of the characters and is chock full of scenes from the classic movie version as well. At first we toyed with a few notions for the music, but in the end a stripped down, Misfits style punk rock romp, complete with gang vocals and noisy guitars emerged as the obvious winner for a track that … END_OF_DOCUMENT_TOKEN_TO_BE_REPLACED

A BAND WITH A frightening twist – Fermanagh’s ‘Cadaver Club’ – have followed up their successful debut gig at Halloween, with the release of a free single, entitled: ‘Vampires ain’t what they used to be’. The group features  Phil and Matt Cassidy – or, Dirge and Draggle, the brothers Filth – on guitar and drums respectively, Jolene ‘Boom Chic Chic’ Phair on bass and Kevin ‘Mr. Crowe’ McHugh on vocals. Taking their cues from the likes of the Misfits, Wednesday 13 and Alice Cooper, the Cadavers have dusted themselves off, limbered up and inflicted themselves on an unsuspecting public. The … END_OF_DOCUMENT_TOKEN_TO_BE_REPLACED