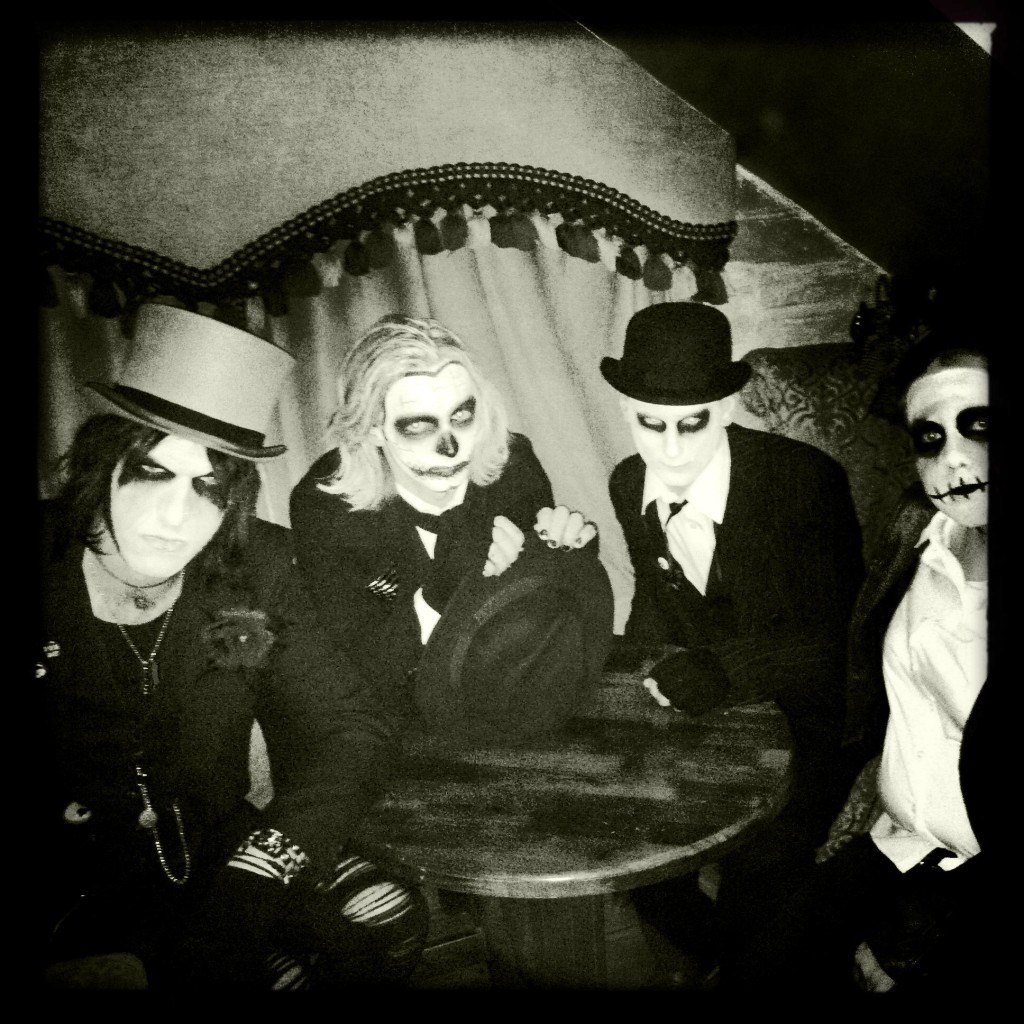 A BAND WITH A frightening twist – Fermanagh’s ‘Cadaver Club’ – have followed up their successful debut gig at Halloween, with the release of a free single, entitled: ‘Vampires ain’t what they used to be’.

The group features  Phil and Matt Cassidy – or, Dirge and Draggle, the brothers Filth – on guitar and drums respectively, Jolene ‘Boom Chic Chic’ Phair on bass and Kevin ‘Mr. Crowe’ McHugh on vocals.

Taking their cues from the likes of the Misfits, Wednesday 13 and Alice Cooper, the Cadavers have dusted themselves off, limbered up and inflicted themselves on an unsuspecting public.

The band call the single ‘a direct response to how Hollywood has consistently watered down their blood suckers in recent years’.

“Who wants watered down blood?” they question.

The group have also Christmas shows lined up, and are set to spook this festival season.

Article by Ryan Smith. Published in the Fermanagh Herald on 21st November 2012.