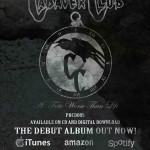 The day has finally come! Cadaver Club‘s fan funded debut album ‘A Fate Worse Than Life’ is out now and available from Pirate Heart Records and all major outlets. 13 original tales of woe are on offer in an album that boasts vampires, werewolves, ghost stories and sea shanties, all set to blistering punk rock so contagious, it makes the ebola virus look like the sniffles… You can stream ‘A Fate Worse Than Life’ and get the digital download here: www.cadaverclub.bandcamp.com For CDs, t-shirts and bundles visit: www.pirateheartrecords.com We hope you will spread the word far and wide and invite … END_OF_DOCUMENT_TOKEN_TO_BE_REPLACED 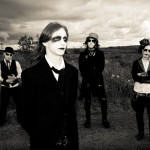 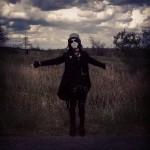 As you can tell from their name, Cadaver Club are not a bubble gum pop band. In fact, they’re quite the opposite. The four-piece horror punk outfit are bringing fans their official debut – an album called “A Fate Worse Than Life.” We got to talk with drummer Matty James (who goes by Draggle in the band) to hear more about the genre they’ve chosen, the upcoming album and their intriguing exclusives with names like “funeral tea party.” Enjoy this interview, and then have a look at their campaign, where you can pre-order the new album and also grab some great merch … END_OF_DOCUMENT_TOKEN_TO_BE_REPLACED 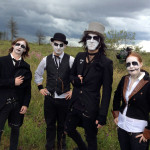 In only a week we have reached 100% of our target to fund our debut album ‘A Fate Worse Than Life’… We are both astounded and incredibly humbled. We can’t thank you enough for investing your hard earned cash in our band. We intend to honour your faith with the best damn album we can make along with going the extra mile on all the other goodies you have pledged for. Also, we have plenty more updates in store to take you on this journey with us, after all, we couldn’t do it without you! This is an incredible win … END_OF_DOCUMENT_TOKEN_TO_BE_REPLACED

LOCAL ‘horror punk’ band, Cadaver Club, are financing their debut album in a unique way. The band, formed back in 2012, has released a number of singles but are working on their debut album of 13 tracks, entitled ‘A Fate Worse Than Life’. The album is being released through PledgeMusic, where fans are given the chance to help fund the making of the album. In return, fans can receive unique content and experiences from the musician. The band styles themselves as a ‘horror punk’ band, with each member adapting their own character. It features, on vocals Kevin McHugh (Mr Crowe), … END_OF_DOCUMENT_TOKEN_TO_BE_REPLACED