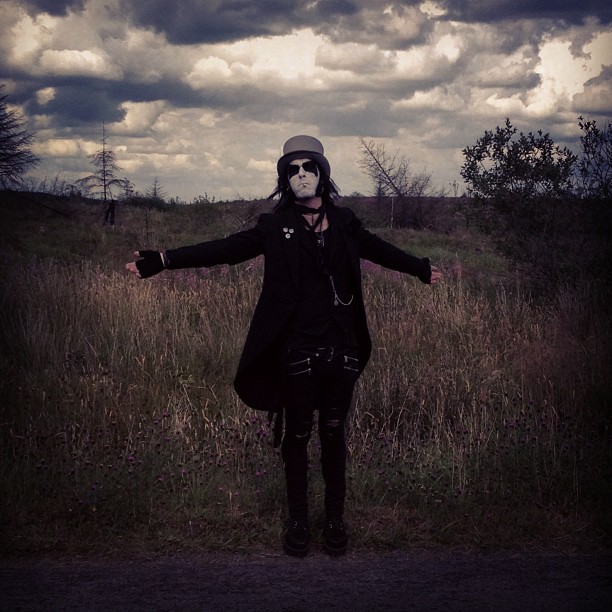 As you can tell from their name, Cadaver Club are not a bubble gum pop band. In fact, they’re quite the opposite. The four-piece horror punk outfit are bringing fans their official debut – an album called “A Fate Worse Than Life.”

We got to talk with drummer Matty James (who goes by Draggle in the band) to hear more about the genre they’ve chosen, the upcoming album and their intriguing exclusives with names like “funeral tea party.” Enjoy this interview, and then have a look at their campaign, where you can pre-order the new album and also grab some great merch from the band.

Tell us a little more about the horror punk genre, how you found yourselves there and what you love about it.

Well, we have all played rock and punk music for years and always wanted to start a band together one day. When the time came, we fancied something a bit different. Always ones for a touch of the theatrics and fans of the horror genre, it just seemed right. For me, it’s the spectacle of Alice Cooper with the energy of the Ramones. What’s not to love?

Can you tell us about your musical life before Cadaver Club?

I started out as a drummer playing in bands when I was 12. Since then, I have been in several bands, playing across the UK and Ireland. I formed Filthy Angels a few years ago as singer and bassist because I fancied a break from being behind the kit and wanted to focus on writing songs, which led me to recording and performing as a solo artist as well.

One of the exclusives on the Cadaver Club campaign is a Funeral Tea Party. What exactly does that entail?

Ha, once again, we wanted to do something a bit different. We had seen a lot of Pledge artists offer live experiences such as house gigs, which is a great idea, but just wasn’t Cadaver Club enough. So we came up with a dead experience, offering people a chance to see what their friends will say at their funeral with us playing host and providing a few songs and tales ourselves.

You’re also offering art from Kevin McHugh (Mr. Crowe). Anyone else in the band have other creative pursuits?

Kevin is an artist by trade and incredibly talented. We all do a variety of other things, Philthy (Dirge) has his own solo project and Jo (Boom Chic Chic) is doing a PhD! I myself spend most of my time writing and touring solo and running Pirate Heart Records , a label I have started to play host to all my creative endeavours.

What can you tell us about your upcoming debut album, “A Fate Worse Than Life”?

Expect an energetic and incredibly varied album – everything from ‘50s rock ’n’ roll to sea shanties! We are very proud of the songs and how it is shaping up. We work really well together, so the writing process is easy (except when Mr. Crowe decides to show up with a 12-verse song!). The special edition of the album comes with a book of lyrics and illustrations only available through Pledge. Every song tells a story, so it’s the perfect way to experience the record and get lost in our weird and wonderful world!

Thank you so much for your support. We are completely overwhelmed by the response to this campaign. Also, you won’t be disappointed!

Interview by Brittany Cooper. Posted on PledgeMusic on 26th August 2013.