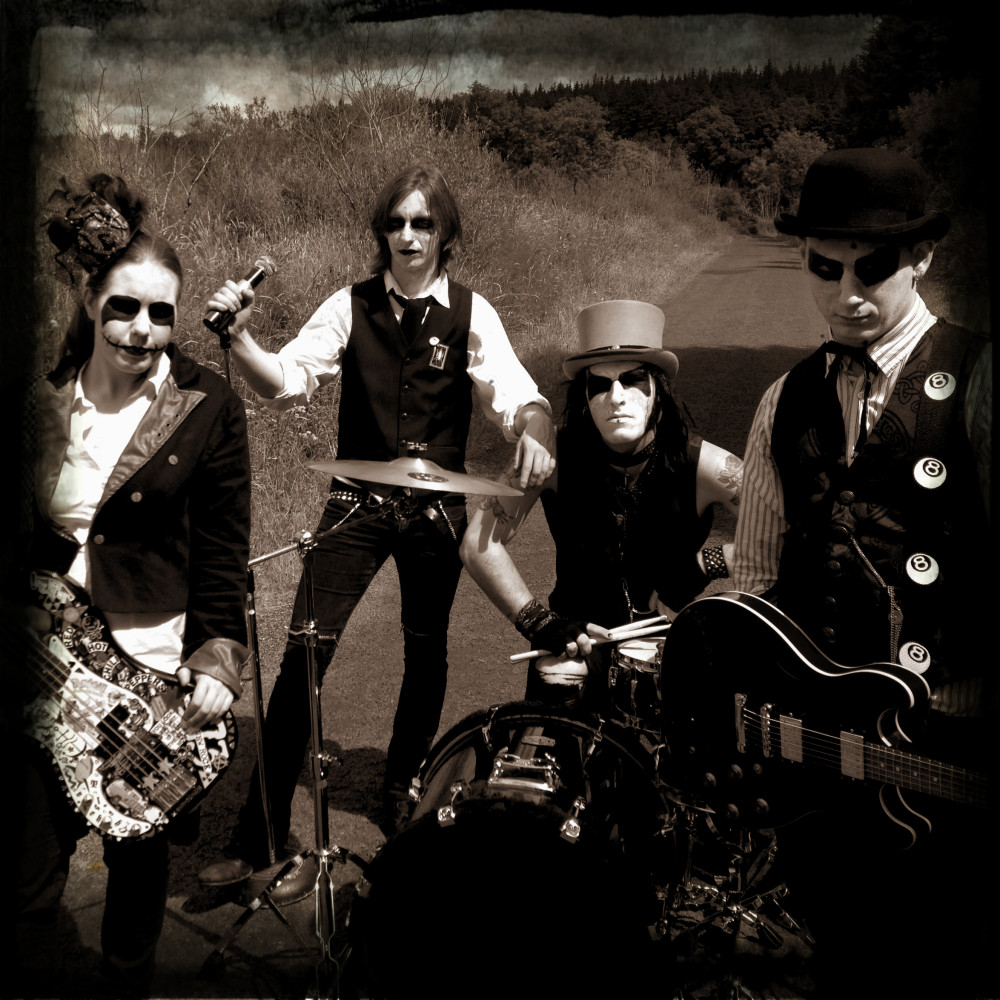 Every single musician who has ever driven home from a gig in the ungodly hours of the morning after playing their wicked little hearts out and packing away gear unfortunately knows the feeling of getting tired behind the wheel with many miles still to go. And the thought of your pillow, oh, your lovely pillow… zzzzzzzz

Dead Air follows a young man’s journey to the truth as his perception of reality is tested to the limit. As he drives along in his car, tired beyond endurance he starts to believe the DJ on the radio is speaking directly to him.  He thinks it’s odd of course but in his exhausted state is happy to accept it. The voice gets louder and more persistent as he drives,  like it’s trying to tell him something very important. It’s only near the end of the song that it he realises the awful truth – he has already fallen asleep and had a fatal car crash and the voice he’s hearing is Death (or rather, Death’s ‘men on the ground’, Cadaver Club) trying to get through to him to take him to his final destination. Sometimes it takes people a little longer to figure these things out so you have to hang around. We should know, we’ve spent several lifetimes at it.

When we came up with the melody for Dead Air we knew we were onto a winner, it stuck in our heads like a pick axe and gouged huge smiles into our cheeks. Ironically it’s probably the most feel-good summery song on the album and we hope it not only brings you lots of joy but that you learn a valuable lesson from it – listen to the voices, they usually know what they’re talking about.