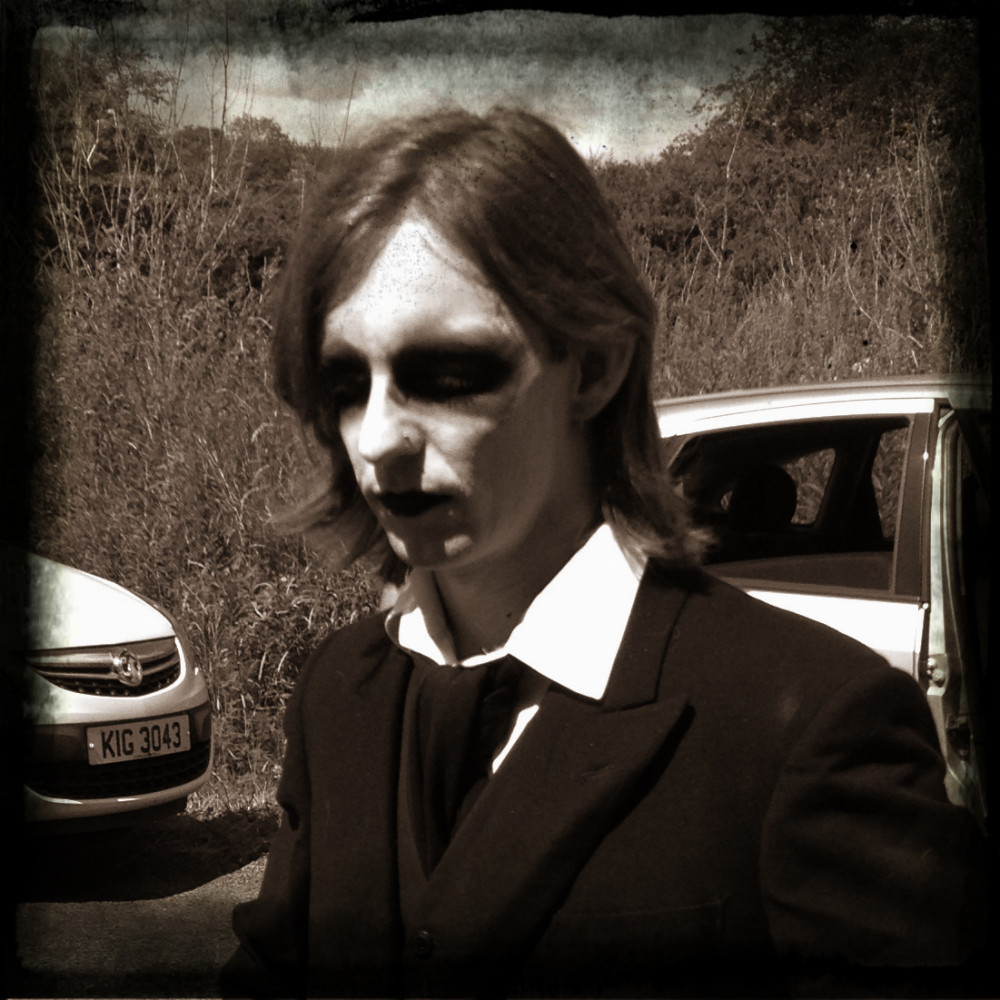 Greetings, Gravediggers. Today, we’re going to talk about the lead track off our debut album ‘A Fate Worse Than Life’ and it’s relevance to the very existence of the Club.

Monster is an important song, not only because it will be the first thing you hear when you push Play but because it inspired us to form Cadaver Club. That’s right, we had the song before the band! I was painting a portrait of one of my heroes, Jerry Only when some lyrics started forming in my mind. They were taking some dark turns and corners and I went with it.

The song became a story of a tired and worn out middle aged man who decides the best way to improve his life is by deconstructing his wife and building her back up using better parts. These parts mostly came from her friends who suddenly “stopped coming round” but his crowning glory was the decision to use his dog’s brain so she would be more obedient and generally more a pleasure to be around. Don’t open the door to the basement!

Myself and my cadaverous cohorts had long talked about forming a band together and this became the perfect excuse. We started working up the music and as we’ve been around for a few hundred odd years we gelled pretty quickly. Straight away, we started writing more songs.

It’s funny, the twists and turns this world leads you down – from misfit to monster to full blown band.  Death has never been so much fun.