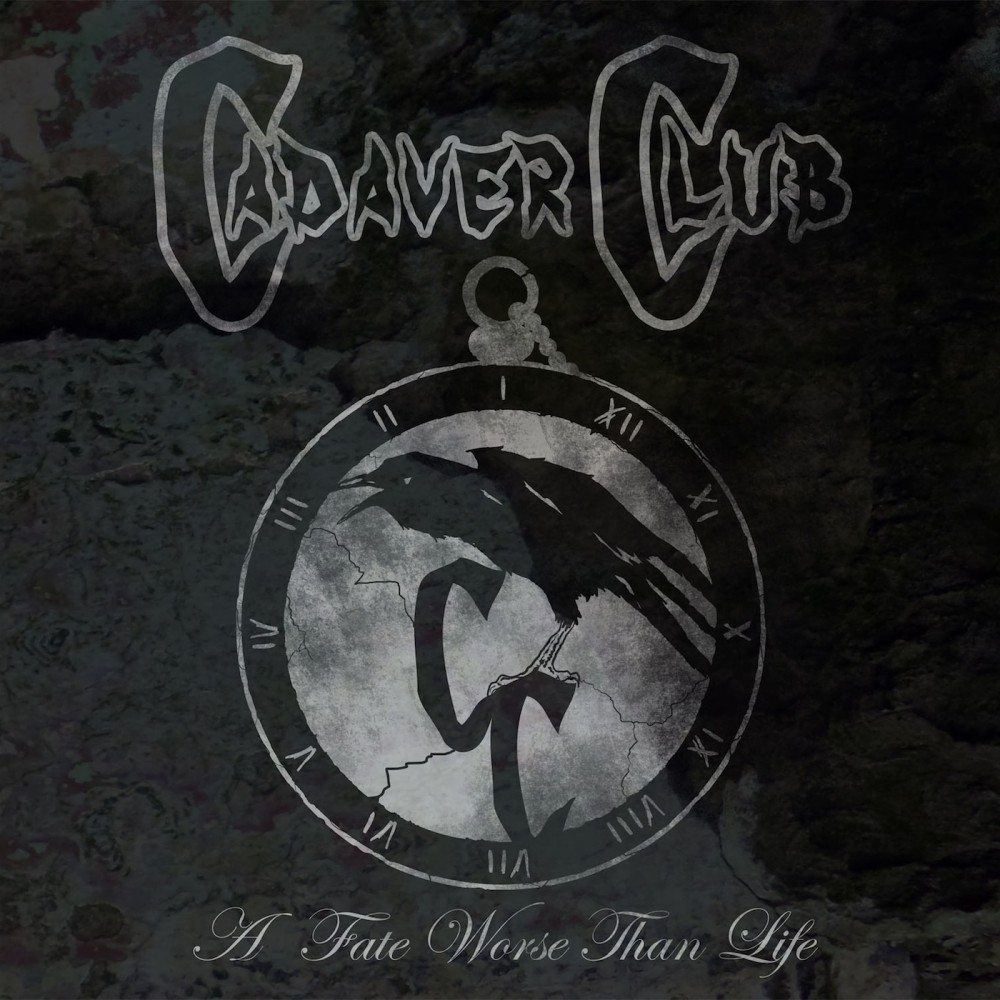 From the darkest depths of the Fermanagh Lakelands comes the haunting sound of horrorpunks Cadaver Club via their soon to be released debut album. If you’re not familiar with this band then I suggest you go check out their videos on Youtube, pronto! ‘A Fate Worse Than Life’ features 13 self-penned instant classics – short, fast, and so much fucking fun! There has been a slew of incredibly good releases from NI bands over the past year or so, and this is no exception. Its not just good, its bloody great! Obvious influenes here are the Misfits, Ramones and The Dickies – sure you can’t be bad to that. The press release states – “The album features 13 original tales of woe – boasting vampires, werewolves, ghost stories and sea shanties, all set to blistering punk rock so contagious, it makes the ebola virus look like the sniffles” – well, I can’t argue with that. Its all pretty much tongue-in-cheek, dark humour as reflected in song titles such as ‘I’m Making A Monster, Baby’, ‘Do You Dig Graves?’, ‘Lunatic In Love’, ‘My Rictus Smile’, ‘Vampires Ain’t What They Used To Be’ etc etc. I know this is a bit of a cliche but this album really is ‘all killer no filler’, bursting with hooks and melodies more infectious than an outbreak of smallbox! Cadaver Club aren’t afraid to mix it up a bit as witnessed on the punked-up sea shanty ‘Sally’s Curse’  (shiver me timbers, it’s just begging to be my favourite tune) or ‘Bat Among The Pigeons’ – a serious slab of glam-punk-rock’n’roll, a real stomper! ‘My First Hate’ has a chorus to die for and if you don’t sing-a-long to ‘Where Dreams Go To Die’ then you’re already dead. A quality debut from a quality band, no question. We’ll be hearing a lot more from this self-styled ‘Funeral Band’ of that I have no doubt! ‘A Fate Worse Than Life’ will be unleashed on the populace on 31st October, 2013 (yeah that, guys and ghouls, is Halloween). Before I forget, the album is coming out on Pirate Heart Records, do yourself a favour – order a copy.