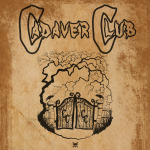 END_OF_DOCUMENT_TOKEN_TO_BE_REPLACED

The funeral punk quartet Cadaver Club are unveiling brand new single and video Southern Cemetery, as they begin work on their sophomore album, a follow up to 2013’s A Fate Worse than Life. They released their debut after a highly successful PledgeMusic crowd funding campaign, offering fans exclusive incentives such as original artwork and even a funeral tea party. They supported A Fate Worse than Life with a tour of the UK/IRE and an appearance at Rebellion Punk Festival. Now Cadaver Club are teaming up with Uber Rock to bring you a new video for forthcoming single Southern Cemetery. The … END_OF_DOCUMENT_TOKEN_TO_BE_REPLACED 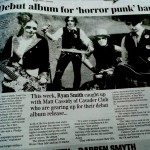 LOCAL ‘HORROR PUNK’ band ‘Cadaver Club’ are gearing up to release their debut album. The band, formed in 2012, styles themselves as a ‘horror punk’ band, with each member adapting their own character. It features, on vocals Kevin McHugh (Mr Crowe), Phil and Matt Cassidy (Dirge and Draggle, the brothers Filth, on guitar and drums respectively), and bassist Jolene Phair (Boom Chic Chic). The album has been funded by fans of the band through a ‘PledgeMusic’ campaign. “The pledge campaign surpassed all of our expectations,” explained Matt. “We reached our target within a week of the two month stint and … END_OF_DOCUMENT_TOKEN_TO_BE_REPLACED 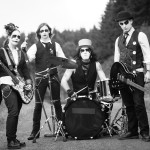 It’s time to unleash our brand new single and video ‘Dead Air’. The song is taken from our debut album ‘A Fate Worse Than Life’ which you can pledge for, along with some exclusive goodies at: www.pledgemusic.com/projects/cadaverclub The video stars Brian Murphy as our willing victim and was directed by the incredibly talented Ronan McGrade and Olivia Johnson Murphy. Filming and editing also by Ronan. ‘Dead Air’ is available for FREE download at: www.pledgemusic.com/artists/cadaverclub – The Club

END_OF_DOCUMENT_TOKEN_TO_BE_REPLACED 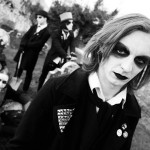 CADAVER CLUB, Fermanagh’s only funeral punk band, are due to release their debut single Lunatic In Love on Valentine’s Day. If Kiss and the Sex Pistols ever got together and had an illegitimate love child it would be Cadaver Club. Described as a funeral punk band, Cadaver Club are set to release their debut single this week on Valentine’s Day. The single, titled Lunatic In Love, tells the tale of a werewolf who falls in love with the moon but is ultimately left sad and lonely because of his unrequited love. Lunatic In Love is released as a free download … END_OF_DOCUMENT_TOKEN_TO_BE_REPLACED