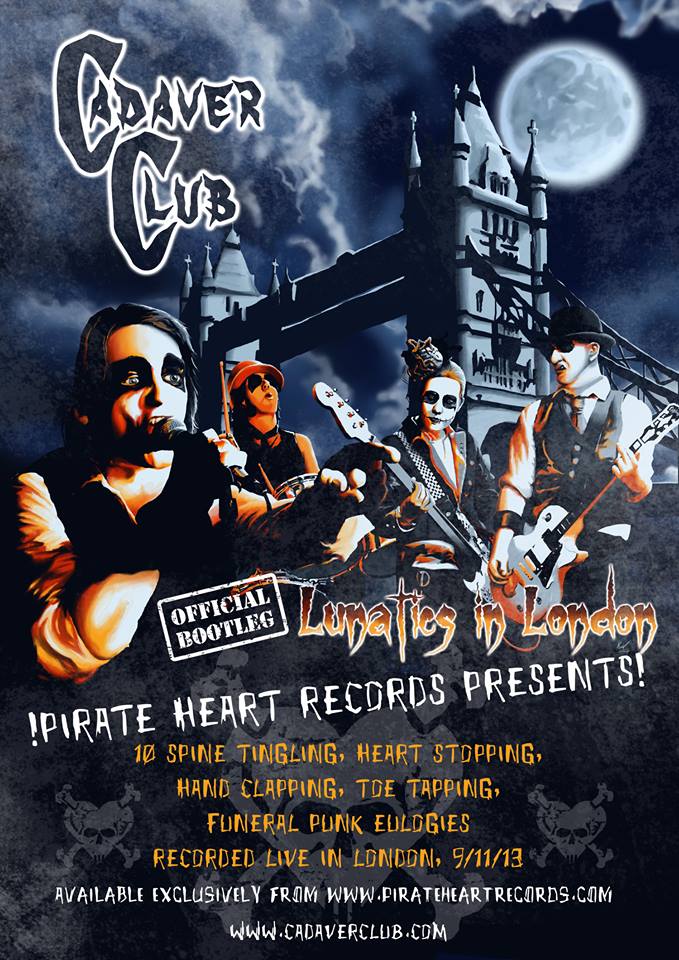 On Hallowe’en night 2013 Cadaver Club unleashed a monster they had been making in their basement for over a year; the fan-funded, critically acclaimed debut album ‘A Fate Worse Than Life’. Blood sweat and tears had gone into the making of their record; some of it even their own. Now that they had unveiled their creation, there was only one thing left to do; load up the hearse and take the monster on the road.

And so, that following November the Club set out on the ‘A Fate Worse Than Live’ tour which saw them play their Funeral Punk across the UK and Ireland in a series of unforgettable shows. Around the half way point on the 9th of November, they took it to old London town itself.

Brought to you by Pirate Heart Records, ‘Lunatics’ features fan favourites from ‘A Fate Worse Than Life’ in their rawest form; performed on stage in front of a packed out audience in a sweaty basement club. Well, what else would you expect?

The Monster is alive.

The album features an amazing cover designed by Kevin Mc Hugh Art. The first ten orders will receive a free A3 poster of the ‘Lunatics In London’ artwork.

Check out the video for ‘My Rictus Smile’ (live)