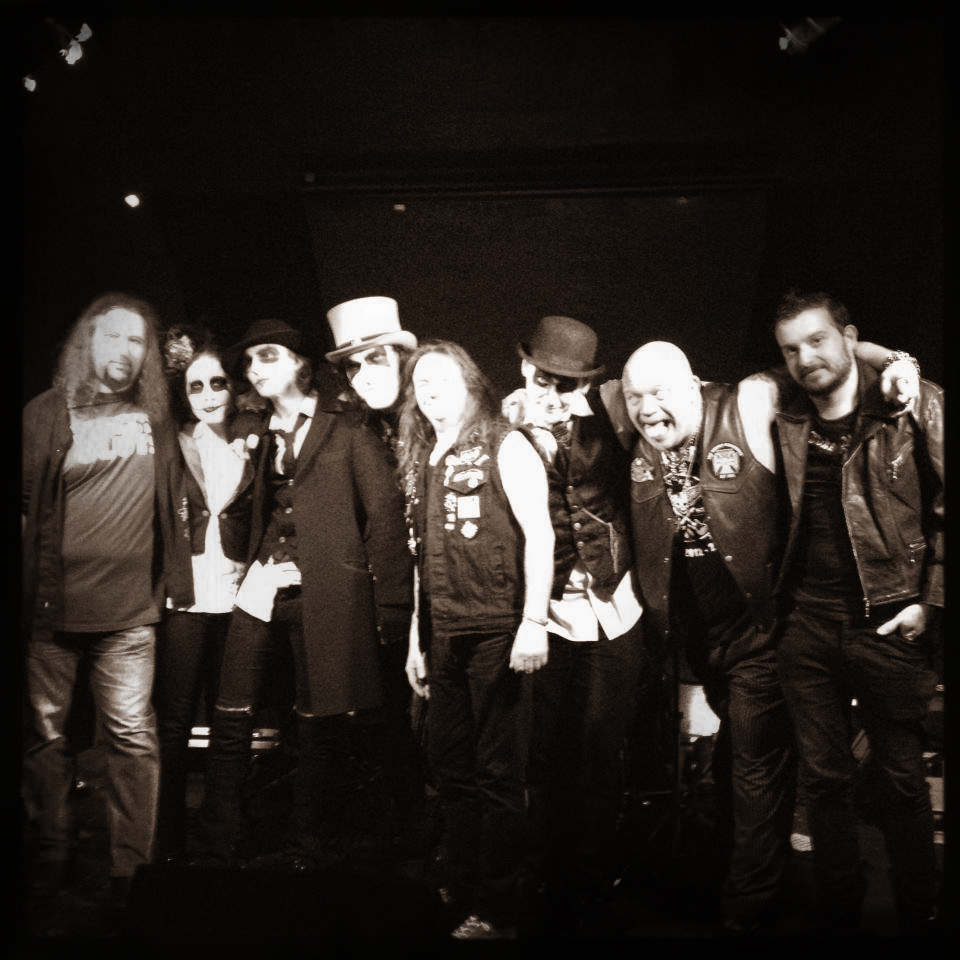 …and there we were – the morning of the final date of the tour. We packed our bags, took one last look at Edinburgh and hopped on the wrong train. Thankfully it still brought us to Glasgow but we had to pay twice (having pre-booked all our trains before the tour). No big deal I suppose, we had managed to get this far without completely running out of money so I would consider that a victory in itself!

We had the very vaguest of ideas of where we were going to be staying tonight – a friend of a friend of the promoter or something like that. Thankfully all that got sorted as I called a friend of mine I hadn’t seen in a few years to see if she was coming to the show. Next thing we know, she and her husband have arranged to not only put us up for the night but also pick us up from the gig, feed us AND leave us to the airport tomorrow! I don’t know whether it was to just make sure we left Scotland or not but thank you Donna and Andrew for hospitality above and beyond the call of duty.

There was a lot of big talk during the last few days of deep fried Mars bars and the like and that once we got to Glasgow, that’s what we were going to have. Not me, sounds disgusting. Why ruin a perfectly good bar of chocolate by battering it? Anyway, talk is all it was for once we arrived in Glasgow the subject quietly got dropped. Now I’m not saying they chickened out, maybe they genuinely forgot…

Pivo Pivo was a great venue, a good sized stage with paintings of Ozzy, Freddie etc. adorning the walls. Soundcheck was a bit last minute as the legend that is Brian Romantic was broken down miles away and he had some fairly crucial items of equipment to bring. Needless to say, he sorted everything out, avoided the potential catastrophe and the show went on! Nothing can phase this man.

The first band, Hello Creepy Spider were absolutely amazing. Everything about them was exciting, their voices, their energy and delivery and most importantly, their songs. My God, their songs. After the first one I quickly grabbed my video camera and captured the rest of their set so you’ll be seeing that on youtube soon as I get a chance.

Thunderfuck and the Deadly Romantics played their best gig of the tour tonight in my opinion. They nailed it to the wall. The brothers Filth and myself joined them for a profanity peppered backing vocal at one point. We laughed, we cried, ah you know how it is.

Cadaver Club took the stage with I think a mixture of emotions. We knew it was going to be a good gig, we felt that in our bones but we were also painfully aware it was the last one. We had to make sure to take our time and enjoy it. There was more room to move around than on previous nights so we made the most of the stage. At one point, Dirge had to play through a lengthy nose bleed. Strange, as I thought he had lost all his blood years ago but he held it together heroically and we were none the wiser until he told us at the end. It’s all there on video though during My Rictus Smile.

After the gig and everything was packed away we said our farewells to our travelling companions, Bruce, Brian, Mark, Gary and Gordon, making plans to do it all again in the Spring. We headed off to our final resting place for the night and for once I didn’t have to look after my voice. We sat up for hours eating, drinking and being generally merry with our hosts and reliving the past week.

So many memories, stories, people, friends old and new. From Boom Chic Chic, Dirge, Draggle and myself, until we meet again, may the road rise to meet you, wind always blow at your back and may you be halfway to Heaven before the Devil knows you’re dead.