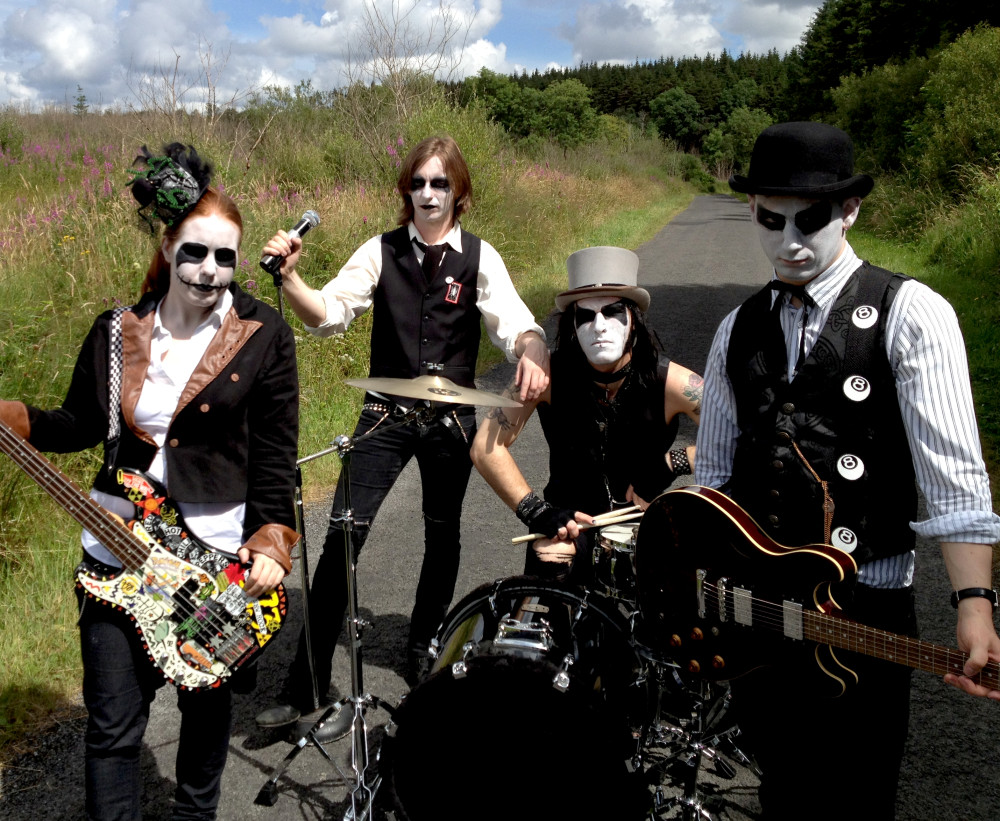 The band, formed back in 2012, has released a number of singles but are working on their debut album of 13 tracks, entitled ‘A Fate Worse Than Life’.

The album is being released through PledgeMusic, where fans are given the chance to help fund the making of the album. In return, fans can receive unique content and experiences from the musician.

The band styles themselves as a ‘horror punk’ band, with each member adapting their own character. It features, on vocals Kevin McHugh (Mr Crowe), Phil and Matt Cassidy (Dirge and Draggle, the brothers Filth, on guitar and drums respectively), and bassist Jolene Phair (Boom Chic Chic).

“This allows us complete creative control as it is funded directly by fans and in turn they receive exclusive content and goodies,” explained Jolene.

“This campaign includes not only the album but an illustrated lyric book, t-shirts and original paintings by our own Kevin McHugh. They will also gain access to behind the scenes videos and witness the making of a monster.

“Things are going great, within the first 24 hours of our campaign we have passed the halfway mark. We are really proud of the songs we have produced and we can’t wait to share them with you all.”

As of press time, the band has hit 79% of their final target, and hope to set up some gigs once the album is released.

“I really enjoy being apart of this band, we are close friends and while we seem to be doing a lot of work, we are having fun doing it,” Jolene continued.

“We teamed up with Olivia Johnston Murphy and Ronan McGrade once again to shoot our brand new video ‘Dead Air’. It is the summer anthem to end all anthems and with our usual macabre twist you are in for a surprise. The video will be released during the course of the pledge campaign.”

Article by Ryan Smith. Published in the Fermanagh Herald on 6th August 2013.