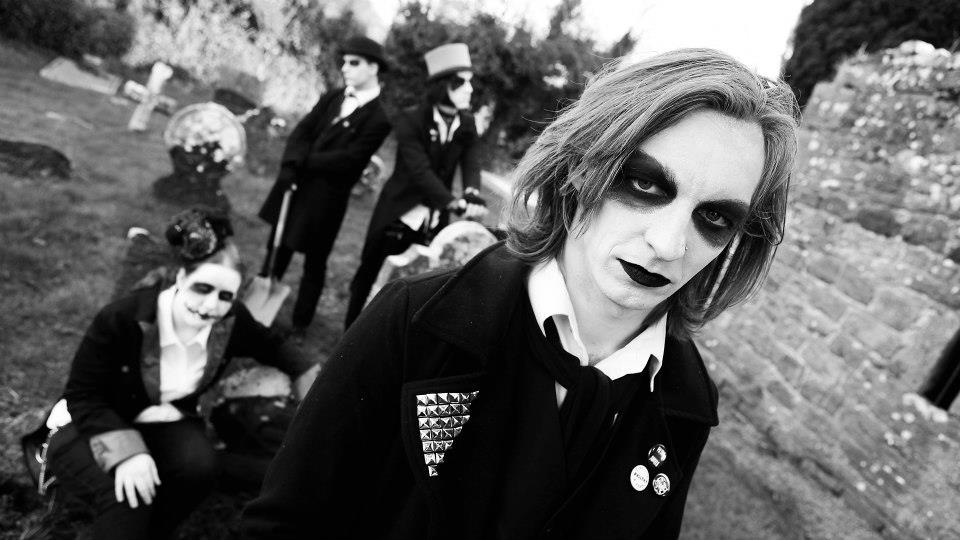 CADAVER CLUB, Fermanagh’s only funeral punk band, are due to release their debut single Lunatic In Love on Valentine’s Day.

If Kiss and the Sex Pistols ever got together and had an illegitimate love child it would be Cadaver Club.

Described as a funeral punk band, Cadaver Club are set to release their debut single this week on Valentine’s Day. The single, titled Lunatic In Love, tells the tale of a werewolf who falls in love with the moon but is ultimately left sad and lonely because of his unrequited love.

Lunatic In Love is released as a free download on Valetine’s Day via cadaverclub.bandcamp.com

Watch Impartial TV’s exclusive interview with Cadaver Club by clicking on the link at the bottom of this page.

Article published in the Impartial Reporter on 12th February 2013.