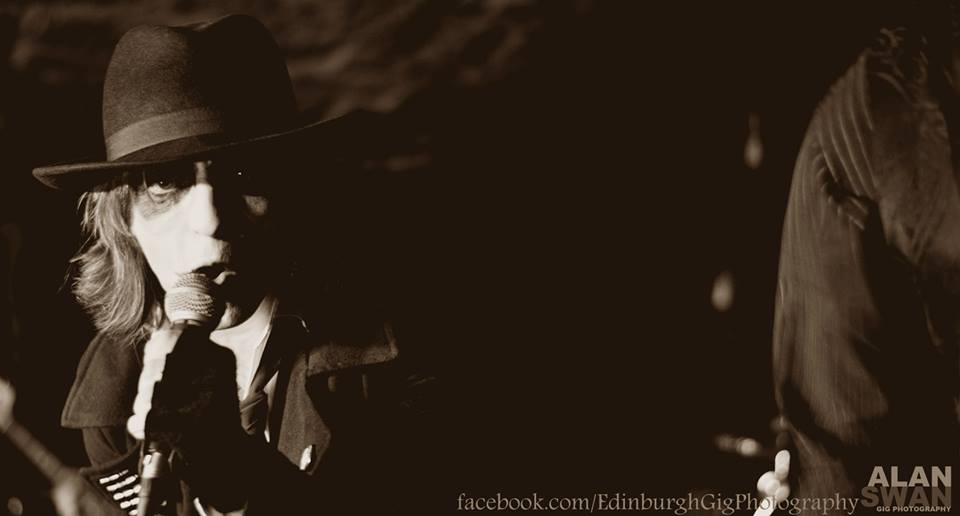 By the time the headline act took to the stage its safe to say that the crypt door had been well and truly kicked open and with that the undead seized their opportunity to make our world their stage. So with the defibrillator powered up and ready to go all that was left to be done was spark some life into the creature… Mr Crowe, Boom Chic Chic, Dirge and Draggle or as they are collectively known…

Power Pop, Pop Punk whatever neat little label you chose to pin on this amalgamation doesn’t do justice to the fervent energy this combo exudes from the stage. I have to state upfront that I have their ‘A Fate Worse Than Life’ Album and I absolutely love it. However that didn’t prepare me for how damn good they are live and what a very pleasant surprise that was too.

There’s something about this band that puts a genuine smile on my face. Hauntingly melodic with more ripping hooks than Hellraiser. From back to front Draggle (Matty James) whom I’m also familiar with, solo material, in my opinion put in an absolutely outstanding performance on the drums driving the backline with Boom Chic Chic supplying a more sophisticated low end bass than I had first imagined. Dirge the sole guitarist carved out a rhythm/lead style I have seldom witnessed as accomplished and finally Mr Crowe the audiences conduit into the world of Cadaver Club screeched and howled with finesse.

If punky vibes are your thing then the album ‘A Fate Worse Than Life’ is well worth the download but if they come to a town near you then get down to your nearest funeral parlour and see the Cadaver Club live you wont regret it.